MY CHRISTMAS WISH TO YOU!

This is for all my fans who have been so patient in waiting for me to produce something new in the way of books. Due to back problems, 2012 was not a productive year.  I'm so looking forward to having 2 to 4 new books out in 2013.
Since you all have been nice and not so naughty, here is a little something for you! I first wrote this in December of 2010 and did a bit of tweaking for your  reading pleasure.
A Special Thank you to Evan Scott, Cover Model Extraordinaire, and his Lovely and Talented Author Wife Tamara McHatton

`Twas the night before Christmas,
and I crept through my house. I wanted to
see who was stirring and about.
I looked at my stocking and much to my surprise,
there seemed to be something resting inside.
I gasped and then frowned when all I felt was a pair
of scissors, and I thought to myself something is missing.
I looked around more and giggled out loud, for over
by the tree was a package and it was giant size.
I grabbed the scissors and tiptoed to the box. The wrapping
was beautiful, but that wasn't what I sought.
I needed to see what rested inside, so I yanked off the bow,
snipped the ribbon, and then tossed it aside. 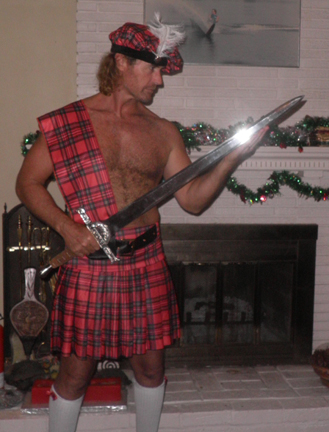 I held my breath as I pulled off the top, and then indeed my heart almost stopped. For nestled on a bed of satin with a sword by his side, lay a Highland King, complete with a kilt, and he was all mine.


May all your holidays be safe, lovely, and filled with lots of blessings. Oh and a large  bag of books!

IN CASE YOU WANTED TO KNOW BUT WERE AFRAID TO ASK!

Here are a few questions you just might be anxious to see the answers for.  The questions are courtesy of my dear and most talented author friend, Kristi Ahlers.And to check out her questions and answers click here for her blog, Kristi

What is the title of your work in progress? “Talone’s Promise.” It is a medieval romance. I am also working on several more.

Where did the idea come from for this book? It sorta of jumped into my mind back in 1995 when I was driving to and from a patient’s house.

What genre does your book fall under? Historical.

What authors would you choose to play your characters in a movie rendition? Wow, that is a hard question.  I have no idea.

What is the one sentence synopsis of your book? Treachery, distrust, and honor collide when a warrior and a lady meet off the field of battle. Or something like that.

Will your book be self-published or represented by an agency? I am probably going with a publication house on this one.

How long did it take you to write the first draft of your manuscript? Well, I started it in 1995, stopped for five years, and then it took me two years to finish.  So overall seven years for the writing, and I am editing it now.

What other books would you compare this story to within your genre?  Maybe “The Dragon & The Rose” by GiniRifkin

Who or what inspired you to write this book?  I have no idea. I have just always loved medieval romance.

What else about your book may pique the readers' interest?  There is an underlying matchmaking attempt as well as a villain who will make you want to smack him. 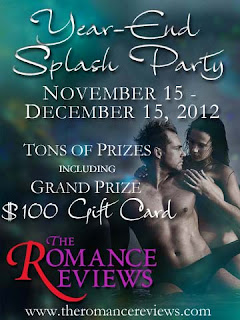 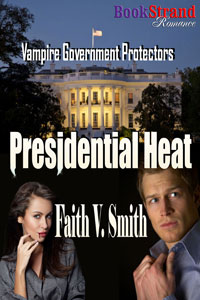 Come on over to "Long And Short Reviews" and find out more about what makes me tick!  I'd love to have you stop by and chat!

WHAT DO YOU PREFER TO READ?

So when you curl up with a book, or your Kindle, or Nook, what sub-genre of romance do you like to read?  Or do you sometimes prefer to step out of your comfort zone and read some other genre.

I'd love to know!

Hugs and keep on reading!

Faith
Posted by Faith V. Smith at 5:03 AM No comments:

Check Out My New Trailer for

If You Were At RT In Chicago...

Then give me a shout out!  I want to know if I missed you!
I love meeting new and old fans!
Posted by Faith V. Smith at 3:26 PM No comments:

Where Has The Time Gone?

Wow, I cannot believe it's been so long since I've been  here. I started my 3rd semester at
college. Before I knew it, it was time for the Romantic Times Booklovers Convention
in Chicago!

I promise I will be around here more in the future. I am taking off time from school to write!
I promised several of my old and new fans I would be getting more books out for everyone's consumption!

Take care and have an awesome night!

Faith
Posted by Faith V. Smith at 3:17 PM No comments: