IT'S TIME FOR A THURSDAY PICK ME UP! LET'S HEAD DOWN TO NEW ORLEANS AND SEE WHAT TROUBLE DARACH AND ABBY ARE INTO!

"Immortal Justice" is the first book in my "Immortal Executioners" series.

Abigail Dupree is no stranger to paranormal activity, she has visions of her own, and can detect demons, but when sexy Highlander Darach MacRath saves her from a demon out for her blood, she wonders who will save her from the hunk with a big sword. 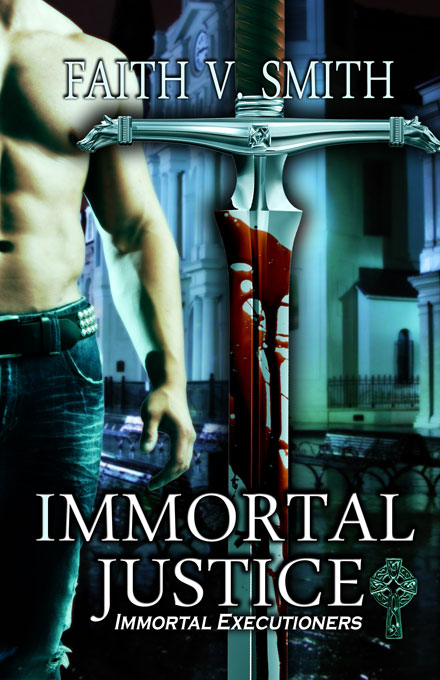 I hope you have enjoyed this foray into only a bit of what is happening in "Immortal Justice."
Posted by Faith V. Smith at 12:40 PM