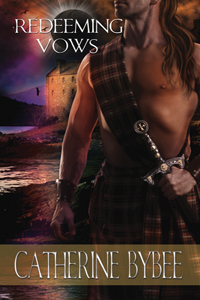 Obviously, trilogy means three books, but the meat that binds these books together is more than just the same family going through life. A trilogy is a series of three books that either have the same ‘antagonist’ (bad guy, or in the case of my books, girl) or conflict that isn’t solved until the end of book three. In romance, the reader expects a happily ever after at the end of each book. It’s a given. It’s why we pick the books up and stay awake all night reading them. But to have the same bad guy still musing about at the end of book one gives the reader the hope that in book three they’ll see that bad guy get theirs. I suppose a true trilogy can have a love story that takes three books until the hero and heroine have the promise of forever, but I haven’t read it if it’s out there.
Why do we read them?
Simple. We romance readers are voyeurs. Really, we sneak into the personal lives of these characters and watch their every move. And even when they have their happily ever after, we want to see what tomorrow looks like. In trilogy books, and even in series romance, we manage a glimpse of book one’s H/H while reading book two. Seeing them work through life’s issues is rewarding even after the ring is on the finger or the bun is in the oven.
Why do we hate them?
But, Catherine, I don’t hate them!
Yes you do!
You hate that they take so long between books to make it into your hands. So my question to you, dear blogger, do you wait until all three books are out before you bother picking up book one? I confess that I do. Nora Roberts writes wonderful arcs in her trilogies, but I won’t pick up book one until three is on the stands. With her, the wait isn’t very long. *Grin.
What about the series of books?
Most of us identify a series of books to be books involving different family members with different conflicts, antagonists and stories. These books are just as rewarding as a trilogy because we get to see all those characters we fell in love with before. On the paranormal side, we think of Karen Marie Moaning, JR Ward etc. It used to be hard to find books in a series; luckily that isn’t the case any longer.
When a trilogy and series collide… what do we call it?
I have no idea. Payday for the writer maybe. Shannon K. Butcher writes a series called The Sentinel Wars, which I just love. The conflict and antagonist is about a war between two species, so the arc isn’t always one key bad guy. The unlimited amount of love stories in a series that travels five or six books is staggering. Bottom line, everyone has a story and unless you live in a cave, you’ll have a love story to tell.
Okay, that’s all I have folks. I’d love to hear your take on Trilogy’s and Series Romance. What you love and what you hate about them.
Check out my latest release, Redeeming Vows from The Wild Rose Press… But if you haven’t picked up book one, Binding Vows, or book two, Silent Vows, you might want to start there.
Binding Vows (Book One MacCoinnich Time Travel Trilogy)
Silent Vows (Book Two MacCoinnich Time Travel Trilogy)
Redeeming Vows (Book Two MacCoinnich Time Travel Trilogy)
Before the Moon Rises (Ritter Werewolf Series Book One)
Embracing the Wolf (Ritter Werewolf Series Book Two)
www.catherinebybee.com
www.thewildrosepress.com
Posted by Faith V. Smith at 12:00 AM 20 comments: Links to this post

5 OUT OF 5 BATS FOR KENSINGTON'S SOUL


Every women wishes that their knight in shining armor will show up and sweep them off their feet. That is exactly what happens to Dr. Miranda James. She is saved by a beautiful man named Zacke who just happens to be a 500 years old vampire. Miranda has no idea that the man who rescued her from being raped and murdered is a vampire. All she is sees is a gorgeous man who just rescued her and kissed her with passion that she has never experienced.

Faith V Smith's book “Kensington's Soul” is full of fire and passion. Faith's writing is fantastic. The plot of this book will keep you on your toes, and you will fall in love with the main characters, how can you not. I feel in love with Zacke and his caring personality and passion that he felt for Miranda. Readers you will love this book as much as I did, and make sure to bring your tissues because their some tear jerking parts in this book. Fantastic book Faith, and thank you for giving me the opportunity read your wonderful book.

Raven Kelly  Vampirebooks.ca
Posted by Faith V. Smith at 8:26 PM No comments: Links to this post

I'd love to have you come on over and chat with me about my books and my upcoming new releases!
Vintage Vonnie
Faith
Posted by Faith V. Smith at 4:56 AM No comments: Links to this post 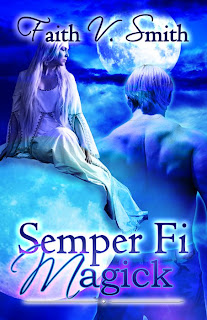 I am so thrilled with this cover and just wanted to share it with my fans!  I will be announcing the release date for"Semper Fi Magick" the sequel to my last time travel, "Viking, Go Home" as soon as I get it from production. Kudos to Tamra Westberry for my fantastic cover!
Make sure you come visit me at Vintage Vonnie's blog January 4th, 2011.
Looking forward to 2011 for more books being released.
Hugs and Happy New Year!
Faith
Posted by Faith V. Smith at 10:20 PM No comments: Links to this post