Beth has more than proven her merit when it comes to writing sensual, tantalizing, and breathtaking romance! Her time travels speak to the heart. Now listen up as Beth speaks to us.

“Man ... can go up against gravitation in a balloon, and why should he not hope that ultimately he may be able to stop or accelerate his drift along the Time-Dimension, or even turn about and travel the other way.” ~H.G. Wells, The Time Machine.
Thanks Faith for having me as a guest on your lovely blog.  I’m here to share my love of time travel.  As an historical romance author all of my stories are time travels in a sense, but I first incorporated actual visits to the past in the form of flashbacks to early 19th century Virginia in my murder mystery/ghost story romance, Somewhere My Love. Following that, my ultimate challenge was to set a time travel romance in Scotland.

Slight problem, and one that held me back for years, I’ve never actually been there, though many of my family have and told me all about its grandeur and charm.  I’ve read, heard, and seen many descriptions of Scotland.  Being a history buff I’ve read up on and watched numerous programs set in the British Isles.

I’m a British junkie, an anglophile, while equally preoccupied with early America.  But then America and Great Britain are both tied together and were especially linked in the colonial time period.  Virginia’s Shenandoah Valley where I live and my family has lived for several hundred years resembles Scotland and Ireland and is partly why so many Scots/Irish settled here in the 18th century.  So that gave me an ‘in.’
Until Somewhere My Lass, I’d set all my stories in America, past and present. This departure to Scotland was a challenge, but I drew deeply on my English/Scots-Irish roots, as I’ve been doing all along. Apart from the prominent Native American characters in my work (Through the Fire, Red Bird’s Song, and Daughter of the Wind) the others are English/Scots-Irish with a smidgen of French.  My ancestors have a smidgen of French in the meld—a Norman knight who sailed and fought with William the Conqueror. 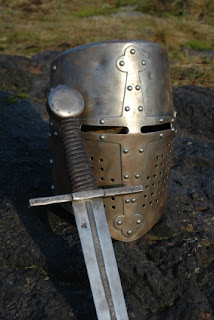 But I digress.  A little more about the inspiration behind light paranormal romance SOMEWHERE MY LASS.  As is often the case, the opening of this book was inspired by a dream, as was my recently completed light paranormal/time travel romance, Somewhere The Bells Ring. These vivid dreams grab my attention and make me wonder where in the world I go from here.  Inquiring minds like mine want to know the rest of the story, so I delve, plot, and lie awake nights trying to recapture the dream to see where it leads.  Oh, and I finally dreamed the opening to the much pondered sequel to Somewhere My Lass so maybe I’ll make progress and Fergus shall have his story.

Ultimately though, Somewhere My Lass, and my other works for that matter, evolve from lengthy research, in this case into my Scottish roots. Not only those hardy souls who journeyed to the New World via Ireland, but also those who came directly from Scotland as early as the 17th century.  Along with my rich ancestry is a long-held absorption with the idea of actually being transported to the past, with a proviso that I can return to the present whenever the thrill wears off, of course.  Say, by tea time. My characters are far more adventurous than I. I’d be fortunate to survive a week back then.
Doubtless, I’ve been influenced by my beloved C S Lewis in his Chronicles of Narnia that I grew up reading. I’m still looking for Narnia. Isn’t everyone? And movies like Back to the Future, Timeline, The Time Traveler’s Wife… And countless other films and books, but I like to think I’ve achieved an original take on the oft visited time travel theme. 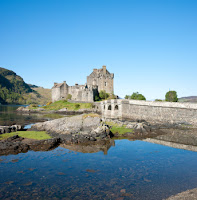 Certainly, my love for old castles and the Scottish Highlands also lent inspiration.  The concept behind my SOMEWHERE series is that the story opens in modern-day, so far my home state of Virginia and I don’t see that changing, and then transports the reader SOMEWHERE else–either back to an earlier time in the same house, as in SOMEWHERE MY LOVE, or another place altogether, as in SOMEWHERE MY LASS.  Sounds simple enough, right? But writing these stories isn’t. And then there are the questions that haunt me.  Did I get the setting right?  Only those of you who dwell in that beautiful land or have visited Scotland can say.
Blurb for Somewhere My Lass:
Neil MacKenzie’s well ordered life turns to chaos when Mora Campbell shows up claiming he’s her fiancé from 1602 Scotland. Her avowal that she was chased to the future by clan chieftain, Red MacDonald, is utter nonsense, and Neil must convince her that she is just addled from a blow to her head–or so he believes until the MacDonald himself shows up wanting blood. Mora knows the Neil of the future is truly her beloved Niall who disappeared from the past. Although her kinsmen believe he’s dead, and she is now destined to marry Niall’s brother, she’s convinced that if she and Neil return to the past, all will be right.
The only problem is how to get back to 1602 before it’s too late. The balance of the present and future are in peril if she marries another, and the Neil of the present will cease to exist. An ancient relic and a few good friends in the future help pave the way back to the past, but will Mora and Neil be too late to save a love that began centuries before?~
SOMEWHERE MY LASS is available in digital download at The Wild Rose Press , AmazonKindle, Barnes & Noble’s Nook book, and other online booksellers.
*SOMEWHERE MY LASS and SOMEWHERE MY LOVE were both featured on Barbara Vey’s blog at Publisher’s Weekly. Separate occasions.
Posted by Faith V. Smith at 10:35 PM

Beth, your work is totally up my alley. Absolutely fabulous. I wish you great success!

Hi sky! Good to see you here! I love Beth's time travels. I am so blessed by all my author friends who are outstanding when it comes to romance!

Thanks so much Faith and Sky. I'm grateful for those of you who are so appreciative.

Beth, you bring so much to the table. I loved the characters in "Somewhere My Lass." You have a quirky way with humor and a definite plus with the romance factor.

Somewhere My Lass was a great book.I think I have read it 3 times already. Always a great book to snuggle up and read...:)

Hi LeeAnn! Welcome! Good to have you with us!

Beth, as always, you've written a lovely and informative post brought to life not only by your love for what you do, but by your knack for finding the right pictures to add to your words. Much success to you.

Hi Viking Princess! You would love it! I truly think so.

Good to see you here!

Thanks so much Vonnie and LeeAnn. And Viking Princess. :) My mom took that shot of the Shenandoah Valley.

Of course I love time travel. Somewhere My Lass sounds like a wonderful book. Must go on my to be read list. Good post, enjoyed it.

How cool that your books are connected to your dreams! (And that you remember your dreams so well. Sigh.) I hope you'll get to travel to Scotland someday, Beth.

Beth, SOMEWHERE MY LASS sounds wonderful! I, too, love time travel romances-- my biggest influence is Lynn Kurland, followed by Diana Gabaldon, and when you throw in Scotland, well... I'm sold!

There's something about Scotland that just lends itself so easily to the idea that anything is possible there, from ancient creatures lurking in the lochs, to haunted castles, to strange things happening in the mist.

Best of luck to you!

Hey there Beth! Congratulations on the interview and the books. I wish you much success in your future!

Hi Beth and Faith!
What a wonderful post! You're right about the research whether it's historical or time travel, it's soooo important but worth it for the final product. Somewhere my Lass is my favorite!
Joy

"Somewhere my Lass" is a wonderful story! Everyone should read it!
Beth has a magnificant voice!

And if you like history you should check out Beth's other releases!

Wishing you all the Best Beth!

Thanks P. L. Parker. :) I like your pic with the little dog. I have a tiny pom-poo Sadie Sue who is one of my writing companions, along with my cat Percy and frequent small people...

Barbara, thanks for stopping by. Yes, dreams can be wonderfully inspirational. Gives me a strong mental image and jumping off place.

I so agree with you about Scottish Time Travels being ideal settings for the imagination to flow, Beth Anne. Another favorite for me is old homes, especially those I've known intimately, and the possibilities there. The home is such a major story element it becomes like a character in itself. Old homes have such individual personality. If you've never lived in one, or visited often, it's difficult to describe--but I try :)

Thanks so much for the high five and well wishes, Sarah, Joy, and Andrea. Much appreciated.

Hi, Beth! 'Somewhere My Lass' was a wonderful tale! I've always been drawn to time travel movies and TV shows, since I was a kid. And when I started reading romance novels, the time travels most fascinated me.

That's why when I started writing, I had to delve into the genre myself with my Civil War time travel romance, Erin's Rebel. I'm working on a novella that will be a sequel to that story.

Traveling throught time is just so much fun!

Amen Susan, and thanks.

I love time travels, Beth! I wish you much success with your book, sounds fabulous and I love the cover!

Thanks so much Eliza, and the same to you on your upcoming release.

Welcome to the blog! I can assure you that you will not be disappointed! Beth is a marvel!

Hi Sarah! Good to have you here!

Hi Andrea! So glad you could get by! Don't be a stranger!

Hi Susan. I think traveling through time would be awesome and different...lol. So glad to see you here!

Hi Eliza! Thanks for coming by. You write a mean time travel yourself!

wow, the book sounds wonderful. I wish you the best with it. :) -laura

It is an incredible book! Thanks for dropping by!